Greetings reader, your eyes don’t deceive you. Welcome to my exclusive early access preview of Warhammer Underworlds season 4: Doomruin! Normally Games Workshop do these releases themselves but they’ve given me the special honour of doing so. After all, don’t you know how important I am? It makes complete sense for me to get this as early access due to being the most modest king of Warhammer Underworlds.

Warhammer Underworlds Doomruin is set in the familiar setting of Beastgrave but now is a doomed ruin of its former self. Continuing the Ghurish theme are AMAZING card tokens which are so much better than the Beastgrave acrylic tokens you can win at tournaments. Not only that but there are new rules too!

One of the biggest changes is that ALL upgrades cost 2 glory (Katophrane Relics cost 3). To offset this now players get 1 glory upon a successful attack action or a successful defence roll.

Surge objectives have been a key aspect of deckbuilding for a while now. To help glory gain the Surge limit will be increased from 6 to 9. This will allow much faster games!

All ties are now decided via a roll-off too. All ties. When it comes to tiebreakers at the end of a game they’ve all been changed to a single special roll-off. You roll a single dice each. First person to roll the most crits wins the game. Helps make tied games resolve clearly and fairly.

Next is the wandering monster effect. Once per game there’s a chance the board will be invaded by a monster (such as the Glass Mad Gargant). It happens on the roll of a single crit. This does mean it won’t always happen but you’ll have to bring an appropriate model to every game just in case. Check out the Games Workshop website here for some ideas you can buy!

Finally there’s the Shardquake rule. This happens at the start of every round after the first. Each fighter scatters 1 hex, determined by the opponent. It’s optional but a nice fair, thematic and fun rule that adds an interesting twist to the competitive arena combat. 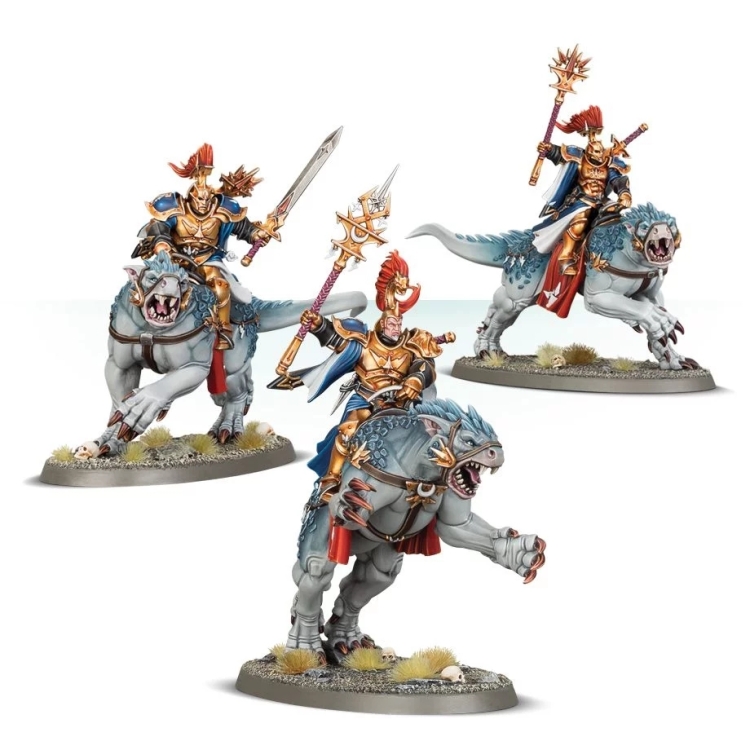 I know how much everyone lamented Stormcast Eternals not being in the Beastgrave core set and GW didn’t miss that! Not only is this an imposing warband to face but they’re also strong too. They’re like the fan favourite Stormsire’s Cursebreakers but mounted on giant Dracolines! They’re all wizards AND with 6 wounds a piece. I can’t reveal much else but they’ll have really strong and balanced cards like Harness the Storm.

Slizsnik’s Gloomsnufflers are the second warband that make up the Doomruin core set. These sneaky Grotz provide a nice and even balance to the Stormcast warband. They are 6 fighters all with a wounds characteristic of 3 which compares well against their order counterparts. They also have an ability to sniff out glory as an action if you can roll a crit. They’re really fine and honestly very good so they’ll definitely also totally see a lot of competitive play in tournaments.

But Wait, There’s More!
You’ve seen the amazing Doomruin core set warbands but it doesn’t end there. To get even more hype I can show you the 2 warbands that will form the first wave of warband expansions. You won’t be able to guess what these 2 will be!

The Fellowship of the Ring 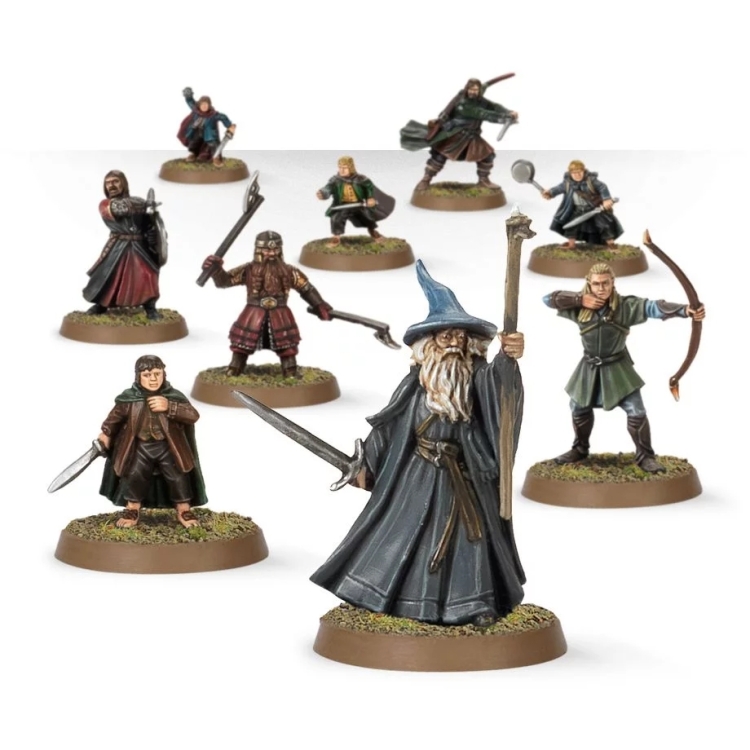 Now I know what you’re saying, this is madness! A 9 fighter warband is ridiculous but Zarbag’s Gitz have the same number of fighters too! The Fellowship of the Ring get around this too by the Hobbits deploying in pairs (Merry deploys with Pippin and Sam with Frodo). Gandalf is a level 3 wizard who can summon an eagle once per game and Boromir is very strong but he always dies first. If a friendly fighter takes enough damage to go out of action while Boromir is still alive, Boromir dies instead. Also at the end of the game Boromir dies if no firendly fighters are out of action. 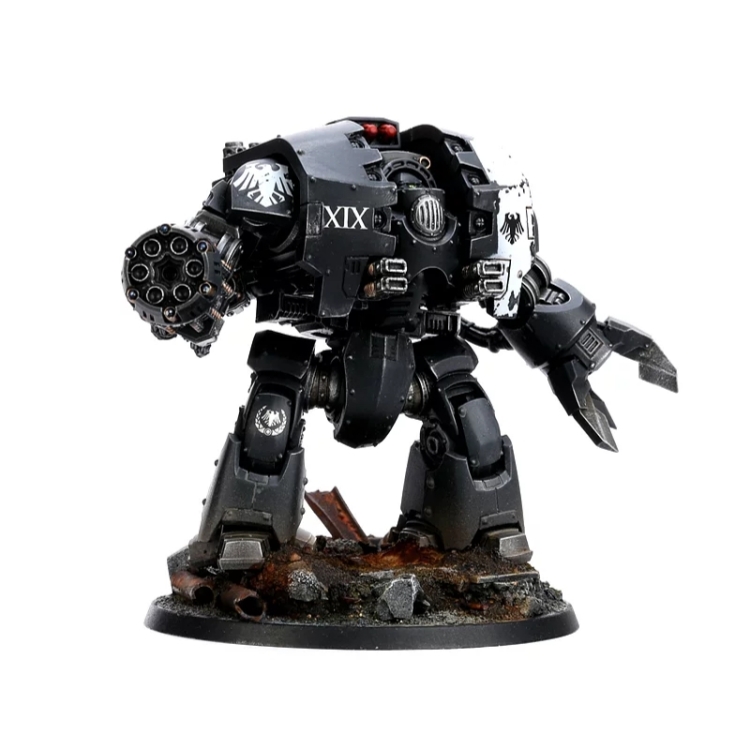 Ordias Kol is another brave departure from the norm for Doomruin. He’s a Leviathan Dreadought of the Raven Guard chapter and Warhammer Underworlds first single fighter warband! He comes with a single 50mm round base (stands on 1 leg) and is armed with a Leviathan Siege Claw and a Leviathan Grav-Flux Bombard as well as torso-mounted Volkite Cavilers. He’s immune to rend with 2 block, 12 wounds and does 5 damage per hit at close range. His Grav-Flux Bombard is a massive blast weapon that makes all hexes around a target lethal for the round. Ordias is a fighter you won’t want to underestimate!

There you have it! That’s all I’m allowed to show you for Warhammer Underworlds Doomruin! Check out the Warhammer Community website here for more previews once we get closer to the release date. Doomruin is an amazing step up for the world’s ultimate competitive miniatures game. It’s full of all the mechanics you know and love with exciting fun and new mechanics. You won’t be able to guess the remaining warbands yet to be revealed. Either way, before you go check out my old articles about crits here and warband tiers here. See you in the Doomruin! Can you roll a crit?