Well the time has come and Games Workshop has updated the errata and FAQ side of Warhammer Underworlds. Today I’ll be going over the main changes as long as some useful gameplay tips as appropriate. So read on! 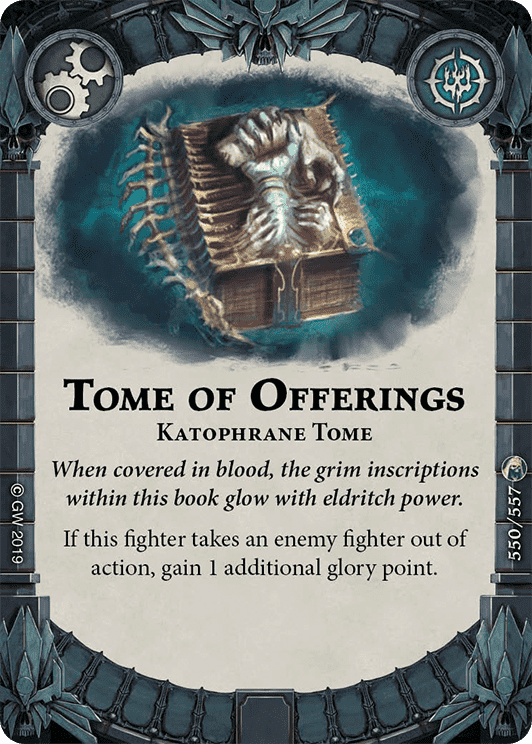 Tome of Offerings was kinda expected really. It’s in every deck and absolutely busted with Mollog. Now that it’s restricted horde warbands can breath a sigh of relief. Aggro players lose out but only marginally. Maybe Mollog players will take it but as a restricted card I’d rather take Sudden Growth, Deathly Fortitude or Sudden Growth. 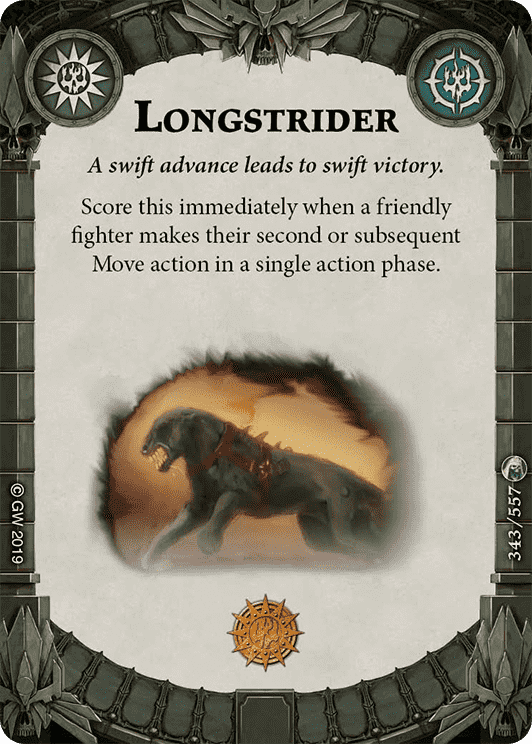 Longstrider is our second new restricted card. Basically a Mollog only card. It’s a shame for other warbands that tried to make the most of it but it was pretty much religiously used by the wandering Troggoth. I’d compare this to the restriction of Loner and Perfect Planning where hard control players were hit with their uninteractive play, now Mollog players need to choose between having a reliable objective deck or a buffed up Mollog from restricted power cards.

Shattered Refractor is the official name, ayyyyyyy. You heard it here first haha. Molten Shardpit is a great name but I’ll forever miss you Amber Catacomb.

July Warhammer World Grand Clash players would have already known about this rule but it’s a great change. Balances out certain boards and forces people to think about what they put down. Helps mitigate Calculated Risk and people spamming long boards. Thundrik’s Profiteers are probably most hurt by this change. 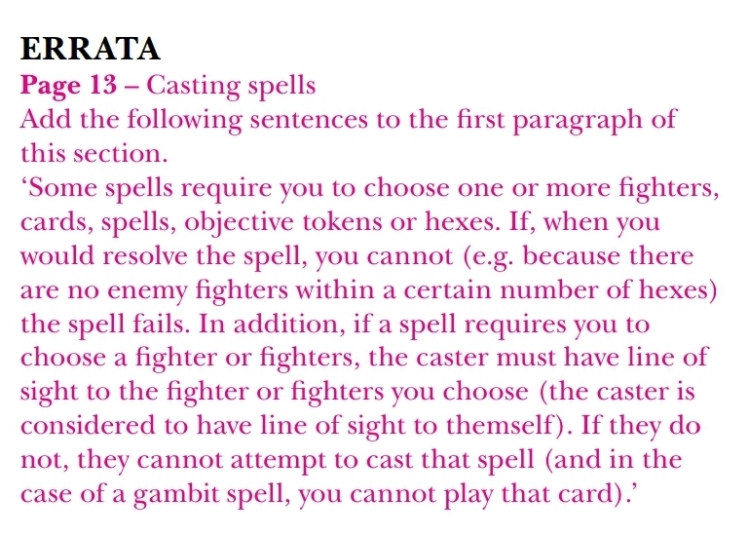 Let’s get the big one out of the way. I love the magic changes. With the full release of Nightvault, magic went from fun to insane. These changes ease a lot of those problems, namely you need you have line of sight to cast a spell and you need a valid target for the spell so no more casting spells just to trigger objectives.

Empower spam being removed is also a welcomed change. I was tired of seeing Cursebreaker players sitting back at the edge of the board just spamming Empower over and over again. Cursebreakers are hit hard by all these changes but they still do the aggro and magic game reliably, they just stopped being a brain-dead faction. No longer can you autopilot your way to victory.

Tome of Healing and Insight officially have the Katophrane Tome keyword now, great.

Keep Them Guessing no longer counts fighter card reactions. Amazing. I loved this card but reactions counting towards it made the card busted.

Relics are now official dead and it’s good. Trading Up was the main offender but even then, getting to 8 glory is easy with the current game state. Now if you want relics you need 12 glory. No tricks or workarounds.

OH LOOK, TAINTED VITALITY AND LIFESURGE DON’T INSPIRE YLTHARI’S GUARDIANS MODELS IF THEY HAVE NO WOUND TOKENS. WHAT A SURPRISE. 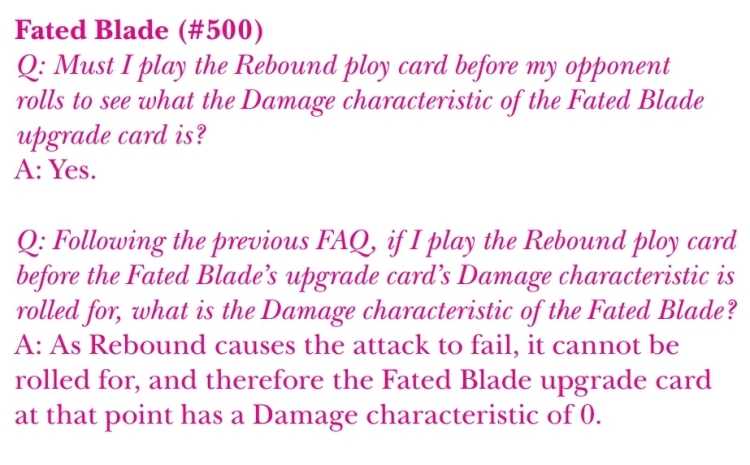 Rebound happens before you determine damage for Fated Blade, meaning you choose to Rebound no damage or pass to risk taking 0 to 5 damage in return. Good to see I was right.

Yeah I was wrong about Snirk and fighters that cannot be pushed. My bad 😅 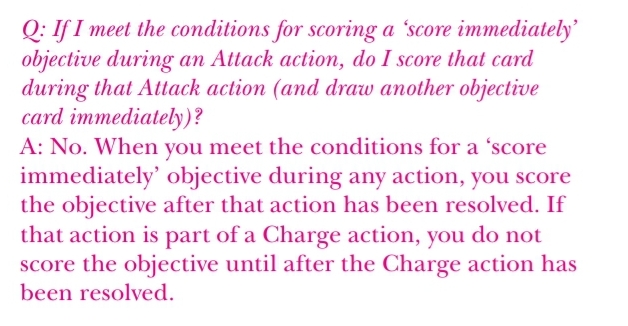 Score immediately objectives now are only scored after an action or charge is completed. Slightly slows down objectives a bit but hurts Calculated Risk and Cover Ground etc when used as part of a charge action. Thundrik’s Profiteers players need to especially take note of this change.

A neat little clarification. Basically there’s a small gap after an activation where reactions occur before any score immediately objectives are scored. 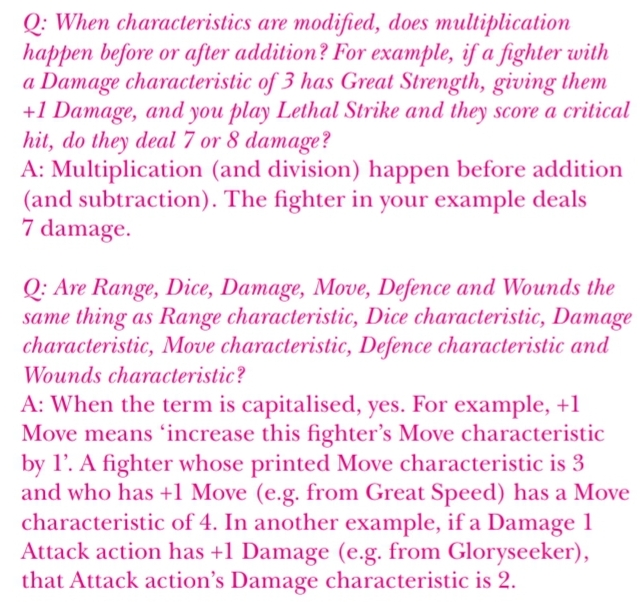 Clarification on modifying stat changes. Great to see you multiply the base stat then add/subtract modifiers. Will it stop people asking if they can score The Bigger They Are with 1 damage attacks that have been modified? Probably not…

Please read the rulebook people. It’s great GW are answering this but this is all in the core rules under modifiers. Sigh.

I’m not even going to dignify reading out most of these. Do people not read the core rules at all?

Oh no. Bodyguard for a Price. My baby, what have they done to you?? You were so pure and innocent. Goodbye sweet prince.

Hidden Paths now clearly counts towards Keep Them Guessing if there was any doubt.

Clarification on Keep Chopping and My Turn/Aggressive Defence. 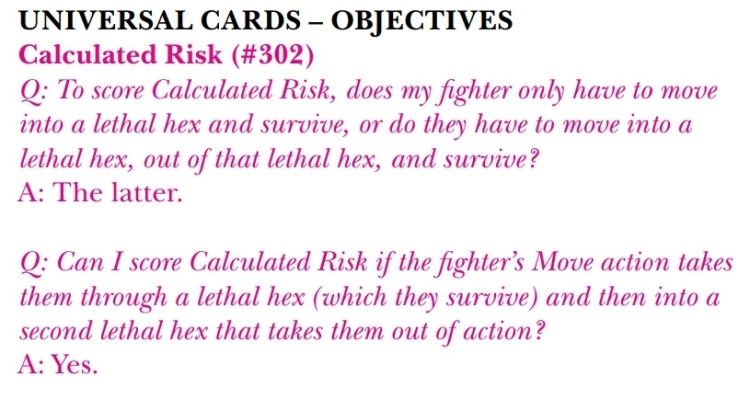 Calculated Risk clarified to end out of the hex and that you can go on to move into the same or another lethal hex again to die and score Martyred.

Clear clarification that you can’t use both My Turn and Ready for Action with Ghoulish Pact. 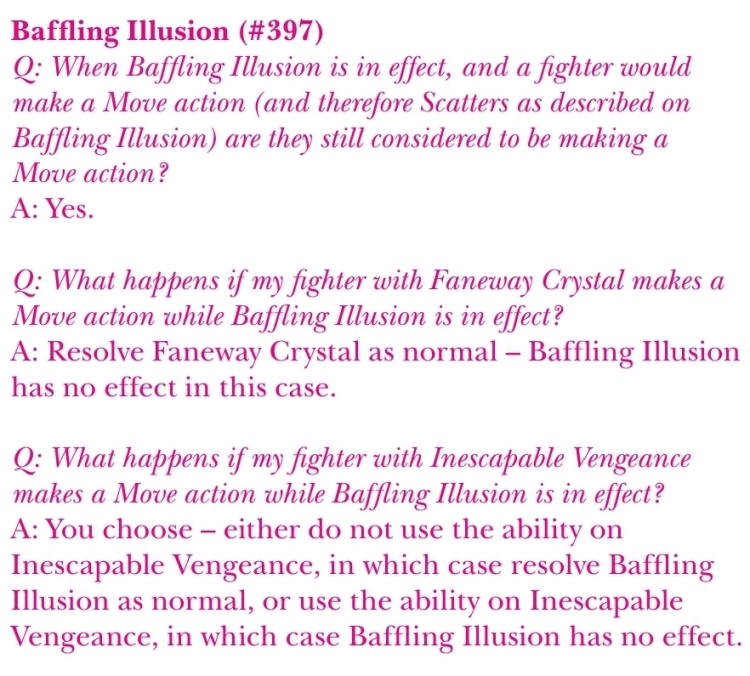 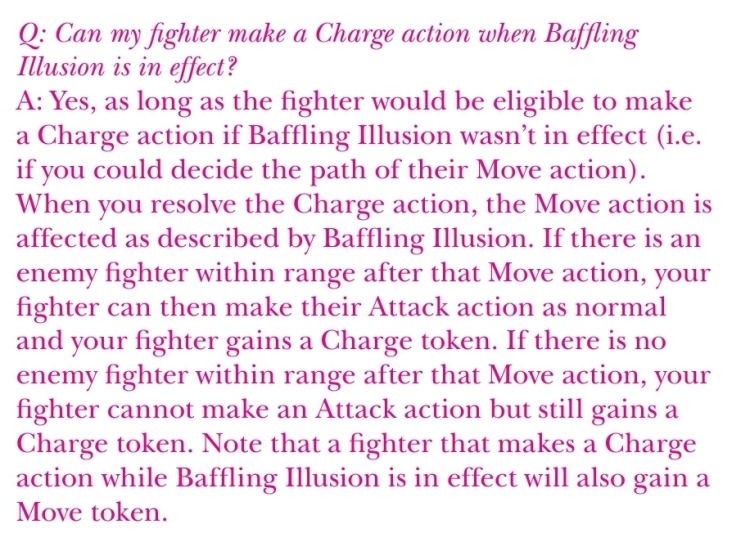 Good clarification with Baffling Illusion as some people where trying to argue that you couldn’t charge when that card was in effect. 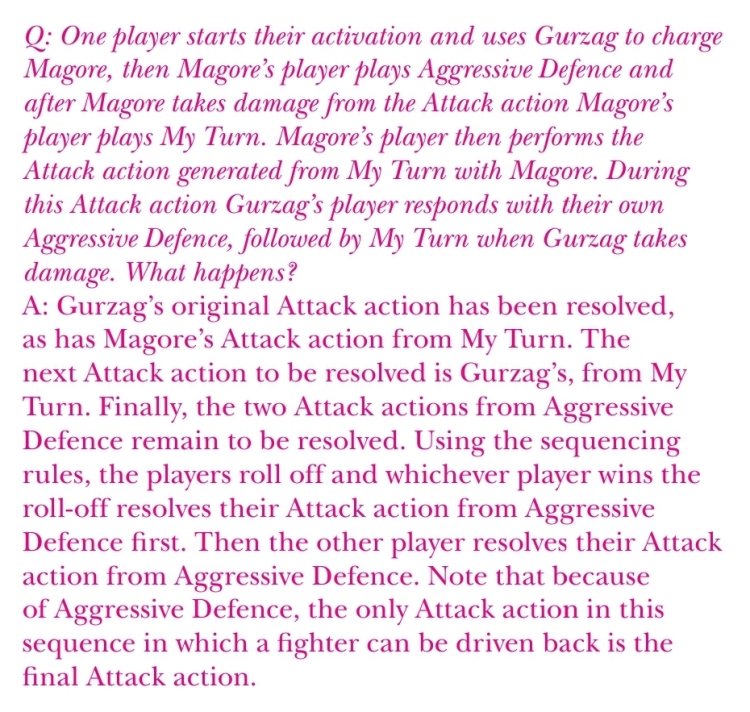 Crown of Avarice gains glory after the fighter is taken out of action. It is now much better actually.

And there we have it. Overall I’m really happy with the new changes. For restricted cards I would have liked to have seen Sphere of Aqshy restricted but Tome of Offerings and Longstrider being hit is good for the game. The new erratas and FAQs also cover lots and are just generally really useful. Also people clearly don’t read the core rules.

Anyway remember to check out all the changes here and keep rolling crits!

13 thoughts on “Banned and Restricted Updates, FaQs and more!”