Don’t be green with envy.

You’ll have already seen glimpses of my Mollog’s Mob in Tournament Round-Up 20 but the reason it took me a while to play them at an event was to paint them! Although I strive to get my warbands painted for events, that’s had to take a backseat for my Age of Sigmar army. So today I’ll go over how I painted my Troggoth and his friends.

There were no conversions this time so it was just a matter of painting. I started off with colour theory. For my warbands they must have 2 core things: green and yellow desert bases. Due to this I wanted Mollog and the Bat Squig green with toxic green smoke for the Spiteshroom. The Stalasquig had no green…because it’s a rock. I wanted red to be a spot colour and Mollog’s mushrooms would be mostly the same colour of red or white so it doesn’t distract from the miniature too much. I also always use a colour wheel to decide what colours to use as well as complement each other. So basically bright but deep green, bright yellow bases and purple for inner skin and tongues.

Mollog is a big boi so I painted him in sub-assemblies. Namely the body, head, big mushrooms and base all painted separately. Every other miniature was painted fully assembled. I then sprayed everything with grey primer via a can.

The Spiteshroom’s smoke was painted the same way as above but I bascially drybrushed black then grey lightly at the top of the smoke plumes. I then recess washed with the green colours in thin glazes.

Mollog’s spores were painted with a base of Rakarth Flesh then washed with Druchii Violet mixed with Lahmium Medium. I then lightlight highlighted with Rakarth Flesh and edge highlighted the openings of the spores with Palid Wych Flesh.

Brown fur was basecoated with Rhinox Hide and washed in Agrax Earthshade. Next I highlighted with Rhinox Hide, Doombull Brown, Zamesi Desert then Ushabti Bone. As this was fur each step was done quite lightly, almost like feathering and drybrushing combined together.

Black leather was painted with Vallejo Model Colour Black. Then it was highlighted with a mix of black and Vallejo Panzer Aces Periscopes, then a pure fine highlight of Periscopes.

Mollog’s lip was basecoated with Rakarth Flesh, done in a feathered pattern. Then I feathered over Scale 75 Pale Flesh. I finished this off with a thinned down glaze of Carroburg Crimson.

The swampy water was basecoated with Caliban Green. Once dry I painted areas with watered down Rhinox Hide. While still wet, I added in watered down Caliban Green randomly and mixed the colours together roughly. Once dry I used a few thin layers of Games Workshop Water Effects. Note the water effects were done after varnishing.

With all the painting done, I glued Mollog together then varnished everything with Vallejo Polyurethane Gloss Varnish via my airbrush then did a layer of Vallejo Polyurethane Matte Varnish via my airbrush once the gloss coat was dry. This just makes the miniatures a lot tougher for being regularly handled and also allows me to do oil washes after the gloss coat. Here are the finished models close up: 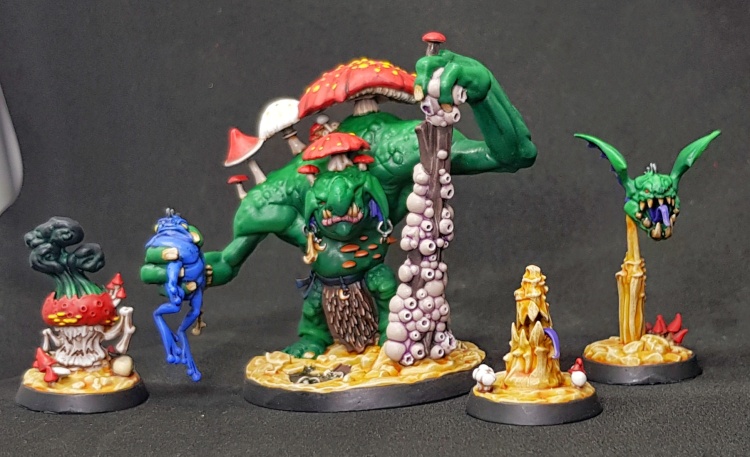 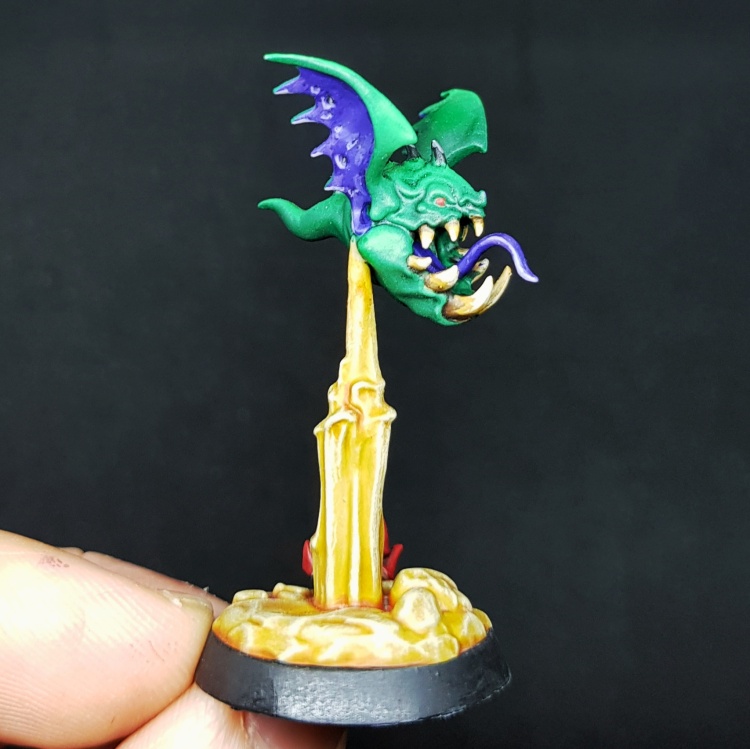 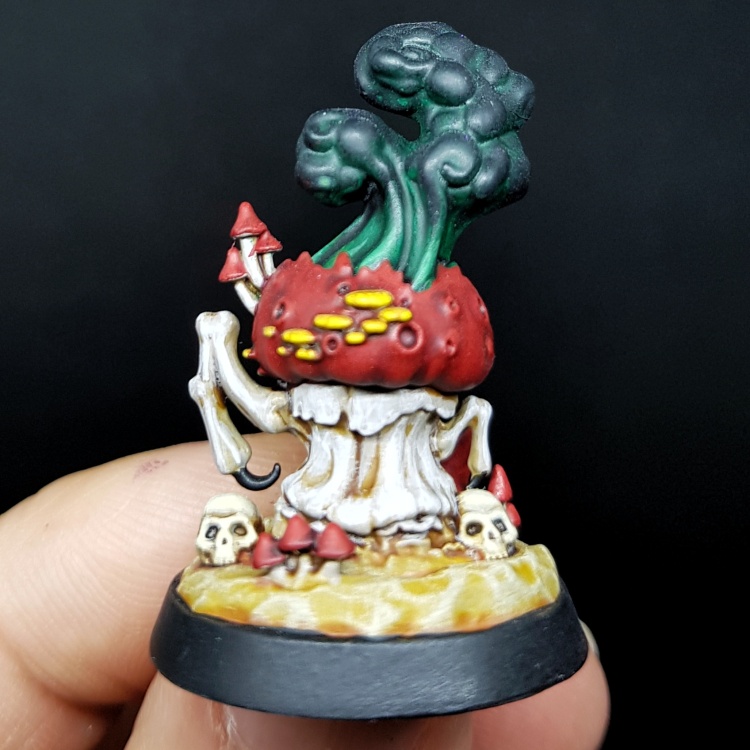 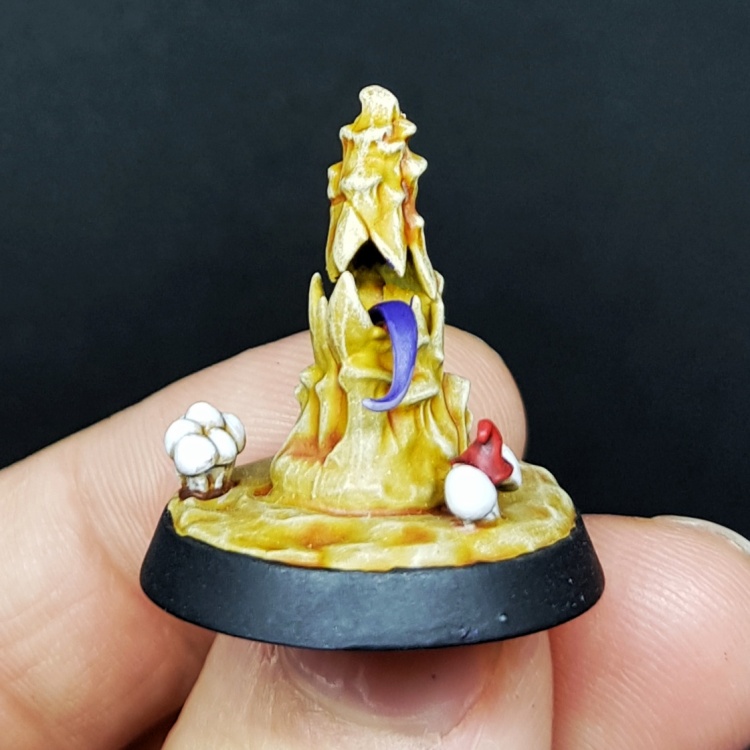 Overall this was a quicker attempt for me at getting miniatures done. I normally do a lot more edge highlighting and layers but I kept it simple for speed and relied more on the airbrush to get the skin transitions done strongly. I really like the end result and will be going forward with this style of painting for gaming projects, my super detailed style just isn’t time efficient.

Hopefully you enjoyed my painting adventure. I have so many colours now that I kinda just pick colours to paint with on the fly so it’s always a bit different each time. Remember, painted models roll more crits!