Welcome back to another tournament round-up but with a twist! We’re in the realm of Ghur with Beastgrave and back at Bad Moon Cafe (Facebook) in London for their second Warhammer Underworlds tournament. Once again I was the tournament organiser (TO) and I wasn’t playing. I had played last time and it caused issues for scheduling, to make the event fair and run smoothly I decided not to play. If we had odd players, the person with the bye would get to play my out-of-the box Grymwatch.

Rules for the tournament were simple, it was following Grand Clash rules as per the rules pack for the October Warhammer World Grand Clash in a few weeks. This mean 3 points for a win, 1 for a draw and 0 for a loss. Ranking was done via points, then most wins, fewest losses and finally glory differential. Pairings followed the WHW rules pack, random within brackets as it promotes fairer matchups.

For the tournament system I was using Excel. BCP is just too unreliable plus doesn’t follow the random pairings system as per the current GC rules. Every other available system was just worse which is why I use the trusty Excel.

It was a sunny and wet Sunday morning. We had 11 players turn up which was great but unfortunately had odd players, meaning there would be a bye. There would be 3 rounds this time instead of 4 from the previous tournament so tiebreakers were important! The London scene is pretty tough and there were a lot of experienced players in attendance.
Warband mix was once again quite varied. Skaeth’s Wild Hunt, Thundrik’s Profiteers, Ylthari’s Guardians and Stormsire’s Cursebreakers had 2 players each while everyone else was using different warbands. Grashrak’s Despoilers were even in use too. Shadespire was represented with Magore’s Fiends.

In a twist on things as I didn’t play I’ll be going over the bye games I had using my Grymwatch. I just used all the faction cards. The warband was still up for preorder so it only seemed fair. 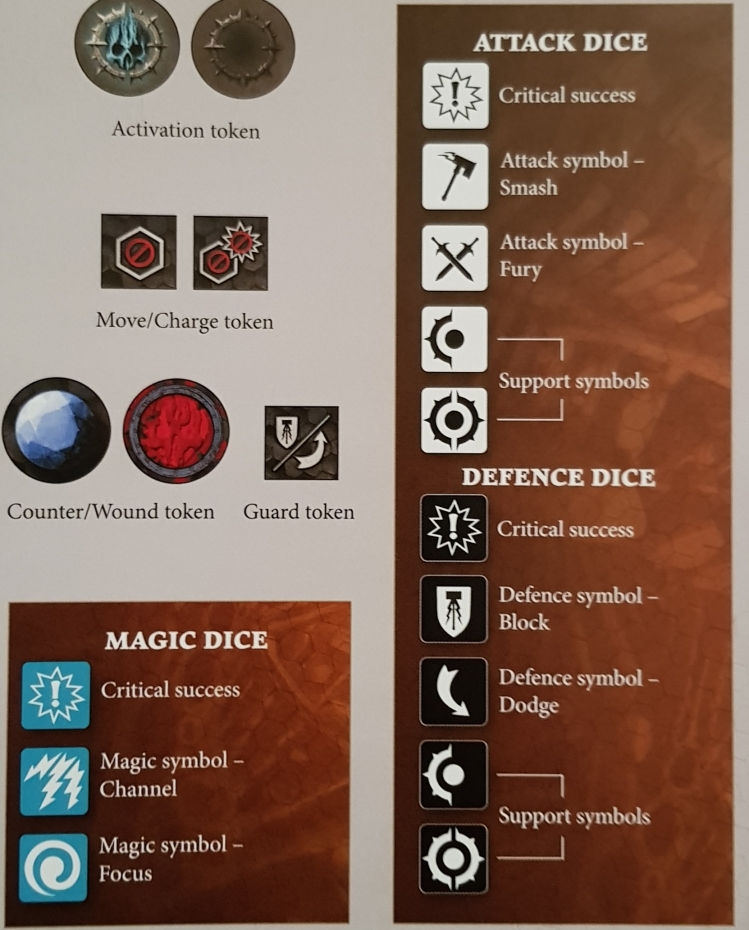 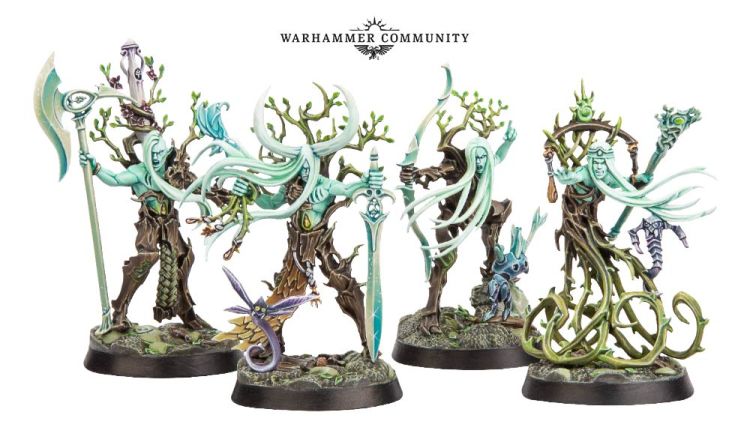 First up was Aaron with his Ylthari’s Guardians. Aaron won the board roll and let me place first. I put down the Living Rock while Aaron set the same board in diagonal configuration.

The game started evenly but a poor objective draw left me going for kills. It took awhile but I was able to kill Gallaghan and score Defending the Hearth at the cost of the Harriers. Action phase 2 had Ylthari left in the open. Taking the gamble as my Grymwatch had inspired, Gristlewell charged Ylthari but failed to roll any hits. Aaron quickly capitalised on this and made Ylthari untouchable with upgrades. I was able to keep up with glory but not overtake. After the Sylvaneth leader had claimed her kills the game ended on a 9/12 loss for me.

Game 2 had Aaron win boards and choose to place first. He put down the Wyrmgrave while I placed the Molten Shardpit wide.

Aaron was more aggressive this time and my attacks failed to succeed. Thankfully I was able to score many of my Surge objectives and stay ahead. Once again in action phase 2 I was unable to capitalise on killing Ylthari early due to failing to hit. Aaron quickly took the lead again but once again my objectives kept me in the game. At the end of phase 3 I lost 15/18. 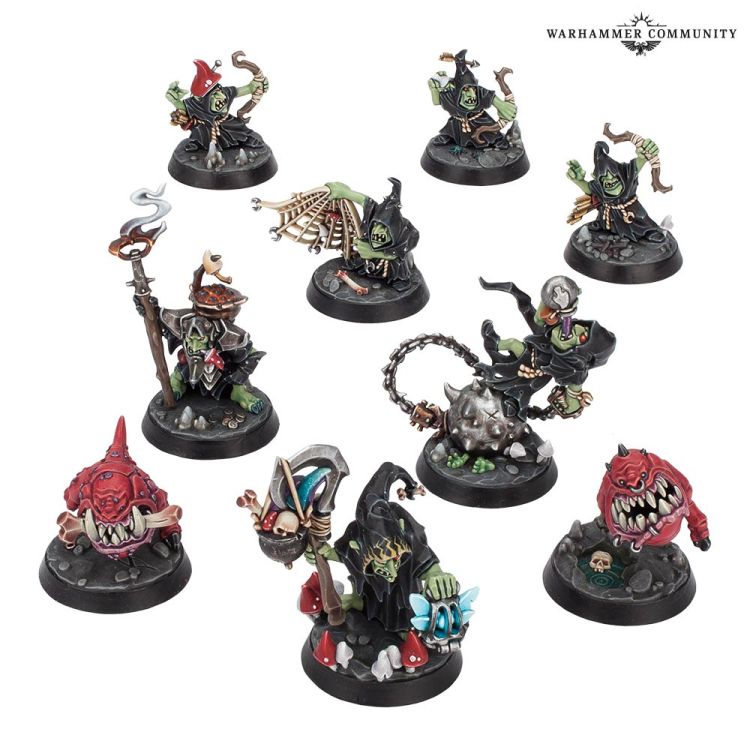 Next person with the bye was Jon with his Zarbag’s Gitz. Winning boards I placed the Shrine of the Silent People while Jon set the Living Rock wide.

Jon started off by having Redcap shoot the Harriers, doing 1 damage via 2 crits. I then moved the Butcher and then again with Double Time to score Shifting Madness. Thanks to playing Pack, Advance! earlier I also scores In the Name of the King. Jon got Keep Them Guessing while I had been able to keep the Gitz out and inspire. Phases 2 and 3 allowed me to pile on the pressure. Gristlewell killed Snirk while Crakmarrow cut everything else down to end on an 18/10 win for me.

Game 2 had me win boards again. I placed the Living Rock while he placed the Abandoned Lair wide.

This time I kept the pressure on to inspire. I killed or pushed back anything that got too close and inspired at the end of phase 1. Phase 2 got me to score In the Name of the King quickly thanks to Pack, Advance! which allowed me to go on the kill once again. Crakmarrow went on the kill again with Heroic Vision. The game was more brutal than the previous one and it ended with a 17/10 victory to me. 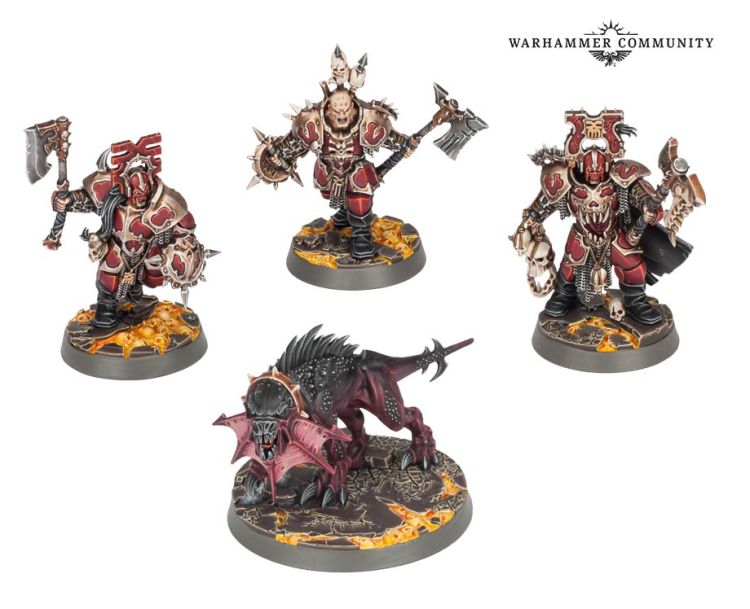 Next I was playing against another chap using Magore’s Fiends (I forgot your name, sorry dude 😭). I lost boards so I placed the Living Rock while he set the Shrine of the Silent People wide.

The Fiends quickly made their presence known by charging in with Riptooth but missed. I missed with a charge in return and the rest of the Blood Warriors charged in to prevent me inspiring while also cutting down many Ghouls. I was still able to score my passive objectives but I couldn’t claw back the lead, resulting in a 11/14 loss.

Game 2 had me win boards and choose to place second. He placed the Abandoned Lair while I set the Molten Shardpit in diagonal configuration.

I simply drew a card. Riptooth inspired via Furious Inspiration and charged the Harriers, killing them with a fury and a crit while moving through a lethal hex. I charged and killed him with Gristlewell and scored myself Defending the Hearth. The Fiends simply moved up while I scored Conquering Heroes and Glory to the Court. With the Fiends bottled in via lethal hexes, I quickly cut them down from afar with Crakmarrow. Ghartok himself died from Siezed Weapon. By the end of the game the Khorne warriors were dead and I had won 18/6.

After all of that the event was won by my friend and regular Underworlds opponent Tom with his Thundrik’s Profiteers! Stormsire’s Cursebreakers took second. Both players were undefeated by Tom was the only player with no game losses. Best painted also went to Rich with his amazing Saketh’s Wild Hunt. 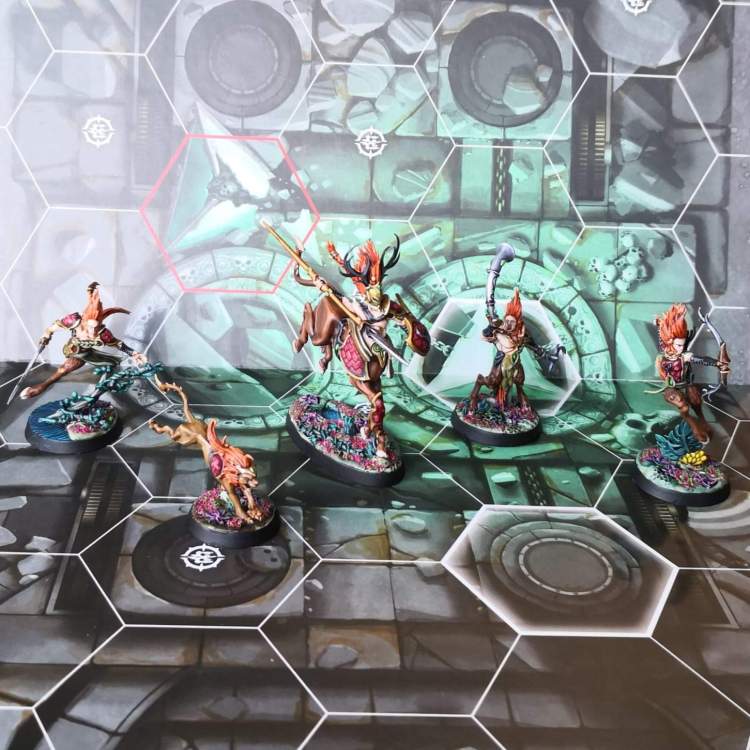 Overall it was another great tournament. Players and the venue alike were both awesome. If you’re ever down in London or are a local I’d highly recommend checking out Bad Moon Cafe, it’s the best store to play Warhammer and Underworlds in London!

Seeing peoples’ decisions and deck choices for Beastgrave was very interesting. Lethal hex placement was very strong also and people were quickly picking up the power lethal hex placement provides. The Grymwatch also did really well considering they were locked into faction cards only, board choice is almost crucial for winning games.

That’s pretty much it for now. I really enjoyed TO’ing a tournament once again, although next time I’ll probably pass on playing games altogether. Not playing as a TO is just better for a tournament overall. Still the event ran smoothly and I’ll be back to TO again at Bad Moon Cafe (Facebook) once again when the first Beastgrave Organised Play kit is released. Will your crits be ready?